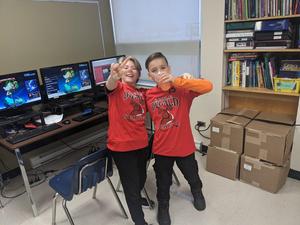 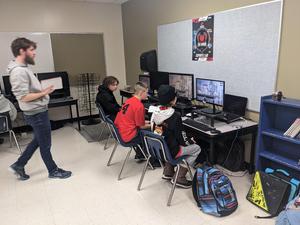 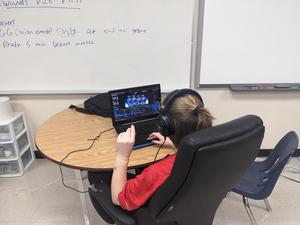 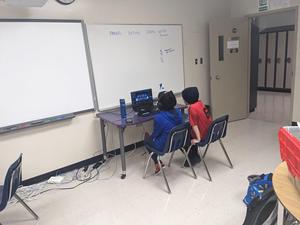 Week 1 Brawlhalla action with the Manitoba School Esports Association (MSEA) complete: 4 teams going for the Championship!
Today the ÉDS Dragons played their first Brawlhalla matches against other middle schools from all over Manitoba.  Represented by 4 teams, the ÉDS Dragons were matched up against the Munroe Mustangs, the Shevchenko Sabres, and two teams out of Fox Lake School, the Springers and the Northern Wolves.
The ÉDS Red Dragons Black, and Green Dragons won both of their matches and, while the Blue Dragons lost both their matches, they managed to scrap out a game win against a tough Fox Lake Northern Wolves team.  The action was incredibly fast-paced and the players put it all out on the line.
Feel free to check out the action on our Twitch streams!
https://www.twitch.tv/EDSDragons
https://www.twitch.tv/EDSDragons2
Looking forward to Week 2 Action on Thursday, January 26 starting at 4:15pm!
ÉDS Red Dragons: Owen L. and Evan B.
ÉDS Black Dragons: Ryder H., Eric S., and Sean P.
ÉDS Green Dragons: Isaac S., Aidan B., Sawyer F.
ÉDS Blue Dragons: Dylan S., Bradley M.